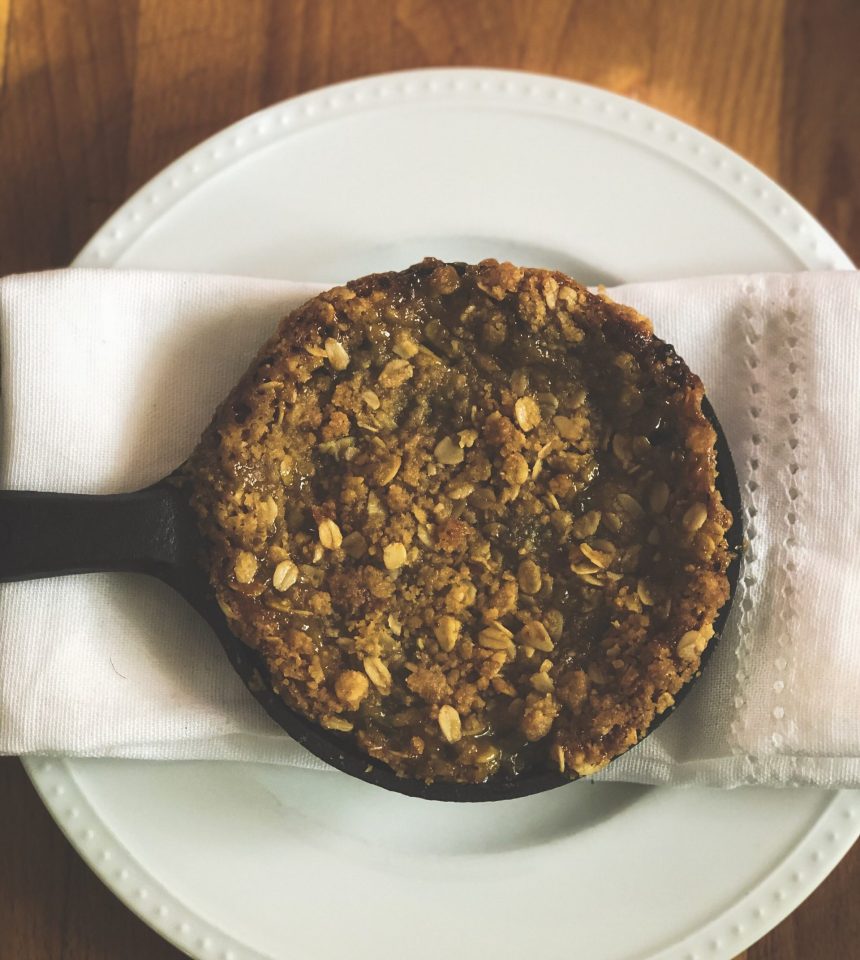 This surprising dessert shows off the “fruitiness” of tomatoes even in their unripe state—green tomatoes are cooked down into a caramelized glaze and layered with buttery oats, brown sugar and winter spices. A nice alternative to apple crisp, especially with vanilla ice cream.

Get the rest of the recipe for Caramelized Green Tomato Crisp on edible Boston | This recipe appeared as an online exclusive in October 2019 as part of a larger story on Green Tomatoes.

Here’s next week’s menu. It’s a banger. We d

🤩🤩🤩 On the menu tonight: Bibimbap rice b

If you were pasta, what shape would you be? I’d

It’s not often we have leftovers, but when we do

If dunking tonight’s banh mi in the curried squa

Shout out to @joycefarms for hooking it up with th

It was about time we broke this one out. On the m

Mindful eating starts in the kitchen with responsi