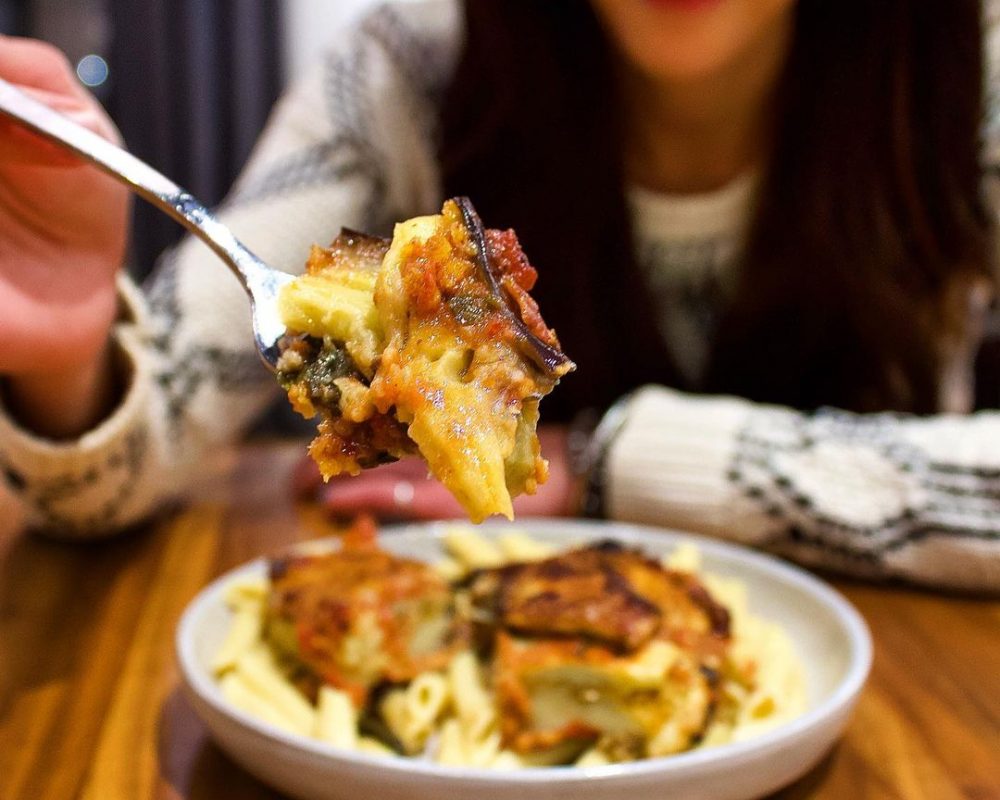 You guys are so unpredictable. I mean I have a general idea of what you like to eat, but you always keep me on my toes. Every week when we write the menu, there’s some things that we all agree will be huge hits, and some that are more like “meeeeeh, maybe…” Well, eggplant parm was one that I didn’t expect to be a hit- and as usual, you proved me wrong! Roasted eggplant with mozzarella, tomato sugo, garlic breadcrumbs, and of course, parmesan… some buttered penne on the side, roasted asparagus (which is amazing by the way), and a chopped romaine caesar salad. I guess when you say it like that, it’s clear why tonight was so popular among the WECO fam. Perfect for a chilly fall night, this dinner will fill your belly and warm your soul. Get in there!

For the eggplant parm:

Set your oven to 375F. Bake the eggplant parm for 5-10 minutes (times will vary depending on your oven), until it is nice and hot on the inside.

For the penne pasta:

Once the eggplant is almost done, bring a tablespoon or two of water to a simmer in a saucepot. Add the pasta and stir to warm through.

For the caesar salad:

Toss the chopped romaine in a large mixing bowl, and mix to incorporate the carrots, celery, and fried shallots. Once everything is mixed up, add the caesar salad, season with salt and pepper, and toss to combine.